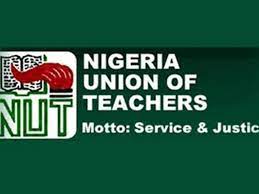 We call on the parents and the central trade union leaders in Niger state to mobilise in solidarity with the primary school teachers until they win victory.
Revolutionary Socialist Movement (RSM) supports the striking Niger state local education teachers in primary schools and calls on the parents and working class people to support their demands.
The demands of the striking teachers include partial payment of their salaries which have not been paid for over one year and some months now.
The sit at home strike began on January 10 barely some days to the scheduled date of resumption of primary schools.
According to the Chairman of the NUT, Mr Akavago Adamu Mohammed, the strike came into being after the government’s refusal to comply with the 14days’ warning given to it by the NUT. All efforts made by the leadership of the NUT to reach the government through the Hon. Commissioner for Education Haj. Hannatu Jibril Salihu and the Chairman of Niger State’s Universal Education Board, Dr. Isah Adamu, were fruitless.
The ugly occurrences followed the decision taken by the state government to grant “financial autonomy” to all local government authorities (LGA) in the state and put an end to the state joint account that was in place before.
Following the (so called) “partial autonomy” granted to local governments by the state government last year, which resulted in low revenues for all 25 local governments of the state, these local governments have been paying salaries on percentage basis to their workers! This development has, unfortunately, been backed by the inaction of the state win  g of the NUT.
Revolutionary Socialist Movement (RSM) supports the very important demands of the primary school teachers of the Nigerian Union of Teachers (NUT) in Niger and also calls for full implementation of the Teachers Salary Scale (TSS).
We commend and support the dogged effort made by teachers so far to force the Niger State House of Assembly for thorough deliberation, last week Thursday.  The house has now reached a resolution that the state government should revert to the old state joint account that was in existence before, in order to put an end to the lingering strike that has been in place for a month now.
The state government has neglected the provision of the 1999 constitution of Nigeria as amended, which provides and stresses, in Section 162 (6) and (8), that there is nothing like “partial autonomy” and that no state has the power to give autonomy without constitutional provision!
We salute the courage of the primary school teachers, as well as the efforts made by the lawmakers and the National Association of Niger state students (NANISS), under the stewardship of the acting President comrade Saliha Buhari, to engage in talks with the government so as to find a  solution to the menace urgently.
It is very important in our opinion to organise regular congresses of the teachers in the Niger state by the Nigerian Union of Teachers (NUT) Niger State chapter and seek solidarity from other trade unions.
One of the best ways to fight and win is to organize public meetings and rallies to popularise the struggle of the striking primary school education workers.
The education workers also need to be  vigilant in order to compel the state government to return the teachers to the state payroll instead of handing them over to local government authorities that do not have more resources to pay them adequately.
We in the RSM support the struggle of the education workers and campaign for their victory and to improve funding of education so as to guaranty free, functional and quality education.
Muhammad Mustapha Umar
RSM
Niger Coordinator
at February 08, 2022