Statement of SPN on FCT election 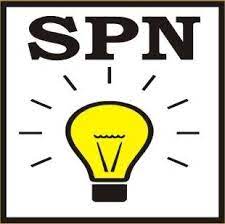 The Socialist Party of Nigeria, SPN,  FCT Chapter condemns the Independent National Electoral Commission, INEC, for its exclusion  in the FCT council elections scheduled to hold today, Saturday, 12 February,  2022. It will be recalled that arbitrary deregistration of SPN and 21 other parties  the INEC following the 2019 general elections has been nullified by the uniramous judgment  of the court of appeal.  Yet,  INEC has refused to obey the Court of Appeal judgement that favours SPN reenlistment and  went ahead to deny the SPN participation in the scheduled FCT council poll.

The INEC while trying to justify  its refusal to obey the court of appeal's judgment  claimed that   another Court of Appeal has affirmed its power to deregister parties and that the judgement in question is a contradiction to the earlier judgement that nullified the SPN deregistration. This is the basis upon which the INEC approached the Supreme Court and insisting that SPN remains deregistered until the apex court decides otherwise.

SPN rejects this argument and holds that INEC's argument is unfounded and an attempt  to reverse the limited gains  of democracy in the country. The power of INEC to deregister political parties was the bone of contention in the appeal  court judgment cited by INEC to justify the deregistration of SPN and was subsequently affirmed by the supreme court.  This is unlike the case of SPN and 21 other political parties in which, INEC was condemned by the Court of Appeal for not following due process in exercising its power. This obviously showed that the two cases are very different!

In our legal case against INEC, we are only challenging the process with which INEC deregistered political parties which is undemocratic and unjust. Without upholding that due process, it is easy for INEC to cast any party they do not like off the ballot whenever they so wish.

As far as we are concerned,  the schedule FCT Council poll without SPN participation is already rigged against the working people. This is because  in the run up to the FCT elections, there were no parties raising pro-masses viable alternatives to the capitalist slogans of ruling class parties.

For instance, with the wave of demolitions that the FCT witnessed last year, there is no party on the ballot raising the need for an end to demolitions of working people's settlement in FCT, a rent control to curb exorbitant house rents, and the need to take over the empty estates of the rich in Abuja to address homelessness.

There have been several reports of incessant and ongoing primary school teachers strike in FCT over non-payment of arrears and no party on the ballot raising the need for the local councils to fund social services like free education, free health care, etc. Without raising all of these issues something SPN would have done if allows to be on the ballot, the crises of insecurity costing lives and properties in FCT cannot be successfully addressed.

INEC's continual disobedience of the court can only mean that the electoral commission is desperate to keep all of these important issues off the ballot. It is then no surprise that the election turn outs have declined in the country recently. In the Anambra elections that held late last year, only about 10 percent of registered voters came out to vote. This is because of massive distrust and rejection of the anti-poor, big parties like APC, PDP and APGA by ordinary people, something which is worsened by the INEC which has kept the parties like SPN raising  that are of concern to the masses off the ballot. This calls to question the independence of INEC and whether the commission stands for increasing the faith of the masses in an electoral  system.

Despite not being on the ballot in the FCT election, we of the SPN shall continue to identify with struggle and plight of workers, artisans, traders and community people in Abuja. We shall consistently mobilise working people to fight for improvements around issues like public education, public health and sanitation, infrastructure, taxes and levies etc as well as hold accountable political office holders.

We call on the people of FCT to join us in our mobilisations to protest INEC's tyranny and to build the SPN into a formidable force that could win political power for the benefit of the vast majority and a socialist change in the country.