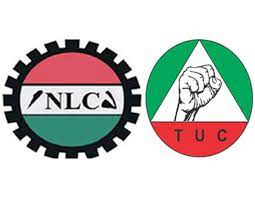 Workers and Youth Solidarity Network condemn the Niger State government’s uncaring attitude towards Niger State workers. We extend our solidarity to the working class and suffering people of Niger State.

The Niger State chapter of the trade union centres in Niger State, under the umbrella of “Organised Labour” which is a platform that unites the Nigerian Labour Congress (NLC) and the Trade Union Congress (TUC), has issued a communique, on the 4th of March 2022, directing all its members in the state to embark on a one-week warning strike, effective from 12 midnight of 6th March 2022, following the inconclusiveness of the negotiations they had with the state government.

Their main demands cover payment of old arrears and allowances of workers and a 100% payment of local government workers who have been on strike for some couple of months now due to part payment of salaries.

The 7 days’ warning strike was initially intended to end on Monday 14th of March. But it has been extended for another week, effective from 12 midnight 15th March 2022, following the lack of commitment by the state government and the local government chairmen across the 25 LGA of the state. Now the strike is indefinite.

To us, in the Workers and Youth Solidarity Network, this strike revealed that the Niger State government is not sincere about the plight of the workers in the state.  We call on Organised Labour to back up the strike with mass protests and picketing to win the support of the broader population.

Organised Labour must prepare to fight and win, by building rank and file committees to enforce the strike to affect all the MDAs in the state, including the health workers who were exempted during the first phase of the strike.

There's need for solidarity between broad working class and the local government workers under the “Nigerian Union of Local Government Employees” (NULGE) Niger State chapter. This type of solidarity will make the strike more effective and enable it to win concessions.

The Niger State government must expedite actions in ensuring that all the demands of the striking workers are met. Organised Labour has called for payment of salaries of the LGA workers, before the expiration of the extended warning strike; in case of failure the strike will be made indefinite in line with the earlier notice.

Workers and Youth Solidarity Network supports all these demands and the strike activity particularly so as the elected state governor Mr Abubakar Sani Bello who was supposed to lead the state negotiation committee to quickly meet the demands of the striking state workers was “busy” with his party activities instead of dealing with the pressing needs of state where he was elected to govern.

Workers and Youth Solidarity Network will continue to extend solidarity with Niger State workers and call for Organised Labour to name days of action to compel the government to meet their demands.

Niger State has enough resources to pay its teachers and other workers.

The revenue of the state is growing at around 12% a year on average. In 2020, 97% of the budgeted revenue or N84 billion was collected.  Last year, 2021, the revenue is estimated at N105 billion. That represents an increase of N21 billion.

In 2020, the state spent around 40% of its expenditure on personnel costs and managed to spend nearly a third of its total expenditure on capital. Where the remaining money was spent or is kept is unknown – at the same time local government workers are not being paid.

The 2022 budget is N211billion. Of this nearly two thirds (63%) is to be spent on capital. The benchmark oil price is $53 a barrel compared to a current price of over $100 so revenues should be expected to be well above budget this year.

Therefore, Niger State has plenty of money to pay its teachers properly. Revenue is increasing each year and the state is paying massive amounts on capital but refusing to pay its workers.

Workers and Youth Solidarity Network call for full payment of all striking workers as the necessary condition for the strike to be suspended.