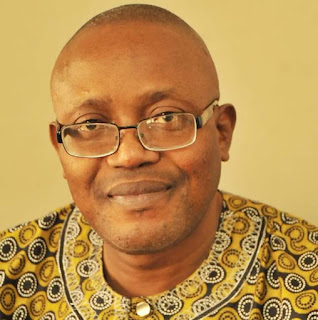 
SV: This year marks ten years of occupy Nigeria. According to the information you're one of the major actors in the labour movement during that period. What can you say about the period and now?

THERE is no major difference as the people continue to suffer deprivation, hunger, mass unemployment and insecurity. Perhaps a difference is that the situation is far worse today and the Trade Union Movement far weaker and non-committal to the cause, protection and defence  of the working people and the mass citizenry.

SV: As a former students leader that led many struggles in 1980s do you find it easy also leading one of the biggest revolt in Nigeria after the  mass movement that broke out as result of IBB regime annulment of 1993 general elections?

THERE was an accumulation of experience. Leading student struggles in the 1980s was easier as students were not as complicated as the larger society. Once they are sold on an idea, they tended to hold on to it. On the other hand the June 12 protests were a direct confrontation with the military adventurers whose primary goal was to loot the treasury. In leading the January  2012 Protests, we were aware that there were many divisive forces including opportunists of the opposition whose main aim was to get to power even by crooked means. There were partisan interests. So what we did was to focus on the  single issue of fuel subsidy which united the entire country.

One of the reasons for the success of the 2012 protests was the confidence the populace had in us. They were confident we were not going to sell out, and we did ensure that the trade union fifth columnists In the strike  leadership were not allowed to trade or benefit from the protests.  Hence it was difficult for the government to blackmail us.

SV: What are the contending issues in  January 2012 that are still very relevant?

THE issues of lack of local refinery, unnecessary and fraudulent importation of petroleum products, fraudulent oil subsidies, the imposition of high fuel costs which trigger double digit inflation and an insensitive, selfish  political class as we had in 2012, remain today. The only difference is that these have become far worse than a decade ago.

SV:  It appears labour leaders don't have problem with deregulation but they want fuel price should remain the same. What are your opinions on deregulation?

DEREGULATION is the sale of public wealth to private individuals at rock bottom prices. In this sense, it is the official theft of public wealth by state actors and their collaborators. This is why the funds accruing from privatisation cannot even be accounted for not to talk of  tracing  projects they were used for. It is simple theft. The trade union leaders who support privatisation are no different from the politicians selling public assets for private gains.

The fight against fuel prize deregulation has gone on for two decades making it difficult for trade union leaders who want to back out to do so; so they are stuck. Too many lives and limbs have been lost, and too much sacrifice has been made  to simply allow the trade union leaders to abandon the struggle. That is why some of them can still be seen manning the barricades. But this is more of motion than movement.

SV: The World Bank/ IMF is still responsible for the cut in social spending in Nigeria, just recently the world Bank argued that Nigeria need to remove subsidy on petrol despite the hardship Nigerians are already facing. What do you think Nigeria can do differently?

SV: As we speak for two months now there are scarcity of fuel and Nigerians have to queue in filling stations. What solutions do propose to end the perennial fuel shortage?

The fuel scarcity is contrived. By January 20, 2022 government claimed the cause of the scarcity was the importation of a batch of contaminated fuel in Lagos which had been detected. Then as the scarcity persisted, it began to link it with the war in Ukraine. Quite simply, more parasites want to partake in the fuel subsidy scam. So this is a way to pressure the diversion of more funds to the subsidy racket. The solution is simple; allow local refining and distribution of products.

SV: Nigeria don't have functional refineries, the present regime promised to build one every year but today there's nothing. We're now waiting for Dangote to build refinery. What do you think is actually Wrong?

Nothing is wrong. It is simply that if local refining is allowed, the subsidy racket  will fold up.

SV: You wrote a book that  x-rayed the 2012 Occupy Nigeria, Inside it you explained that Labour can't just take over power through elected government because  there's no structure and  that's why the Labour leaders conceded after the fuel was reversed to N90. Do you think the Labour movement and the civil society allies are too weak to take over power with mass movement?

IN the first place, there was no ‘Occupy Nigeria’ in 2012. We cannot occupy our own homes, streets or public institutions because we own them.  How  do you own a house, then  ‘occupy’ it? These are foreign terminologies.

Secondly, the issue in January 2012 was straight forward; reverse the fuel  price hike.  Nigerians were united on that not the issue of the fanciful ‘Regime Change’ slogan.  Nigerians, to paraphrase Amilcar Cabral, were not fighting for the ideas in the heads of  radicals, they simply wanted positive changes in their lives. Regime change is a bid for power and you do not make that bid without political structures and you cannot substitute the conscious, programmatic mobilisation of the populace with slogans. It is simple common sense; you do not engage in ‘Regime Change’ if you don’t have a regime to take over power.  Otherwise, you will simply be inviting the opportunistic neo-colonial army to return to power for another senseless and useless ‘transition programme’ that transits to nowhere.

SV: Do you think the Nigerian left and Labour movement can still build alternative and fight back to take over power to change Nigeria for good?

ABSOLUTELY. But not as broken, fractious, self-adulatory  and opportunistic  atomistic entities wearing  different colours of berets and engaging in exhibitionism.

SV:  Recently you visited Venezuela as an observer and we read your articles on situation of things. Do you think will be a new world order with the on-going war in Ukraine.

IT is likely. The challenge to the dominance of the dollar by China and Russia are real. The challenge to a unipolar world is real. The blunting of the sanctions weapon that had been used against Cuba, Venezuela, Syria, Iran  and Russia, is real. A new world order is possible, it is for the African Union to take advantage of it and reposition the continent.