No to the Court order to force ASUU back to classrooms 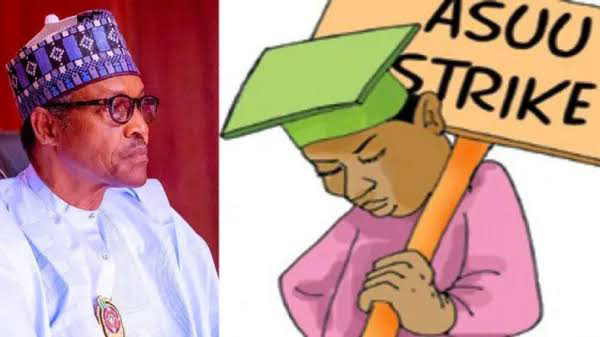 REVOLUTIONARY SOCIALIST MOVEMENT (RSM)
PRESS STATEMENT
NO TO THE COURT ORDER TO FORCE ASUU BACK TO CLASSROOMS
FG MUST MEET ASUU DEMANDS NOW
PAY ASUU ALL OUTSTANDING SALARIES
Revolutionary Socialist Movement (RSM) extends its solidarity with the Academic Staff Union of Universities strike at this trialing period. We salute the courage of ASUU members and their steadfastness to save University education in Nigeria from total collapse. We're angered by the latest development by the Industrial Court that gave an order for ASUU strikers to resume work.
We find the industrial court ruling as a sign that the federal government does not in any way want to better the situation in the Universities, but just tries to criminalize a legitimate struggle.
The judgment given by Justice Polycarp Hamman of National Industrial Court siting in Abuja, on Wednesday, September 21st, relies on Section 18 of the Trade Dispute Act, which allows the court to order an end to a strike when the “national interest” is at stake. This is a very anti-worker clause, as the term “national interest” can be used according to the Justices political leanings. It is for the “national interest” of University education to accept the demands of ASUU and not the selfish interest of the ruling elite rogues, especially the Minister of Labour and Employment, who approached the court praying that ASUU be ordered to call off the strike.
We in the RSM support the striking lecturers and condemn the court order. We believe in the struggle for liberation of the education system in Nigeria and we call on the workers and youth to join forces with the students and the academic staff to save public education. It is obvious that the ruling elite are determined in their plan to take education out of the reach of poor people, indirectly placing their children at a higher advantage over the masses by using the state resources to sponsor them abroad to private Universities.
We also call on the Nigeria Labour Congress (NLC) and the Trade Union Congress (TUC) to declare a three-day general strike to force the federal government to implement the agreement made with the striking lecturers and to properly fund education.
RSM rejects the attempt by the federal government to use the judicial system to hoodwink ASUU. The struggle must continue. ASUU members have endured enough and it's time now to fight like never before. This is a time for more actions. The National Association of Nigeria Students (NANS) has organised a protest that blocked Ibadan to Lagos express way. Also, Lagos airport was blocked for two days by Nigeria students. We call for more mass actions to meet ASUU demands.
This isn't the first time that the government goes to Court to force workers to resume work. It was tried under the military. It didn’t work then. It will not work now!
We stand with ASUU!
Salako Kayode
RSM
Publicity Secretary
at September 22, 2022