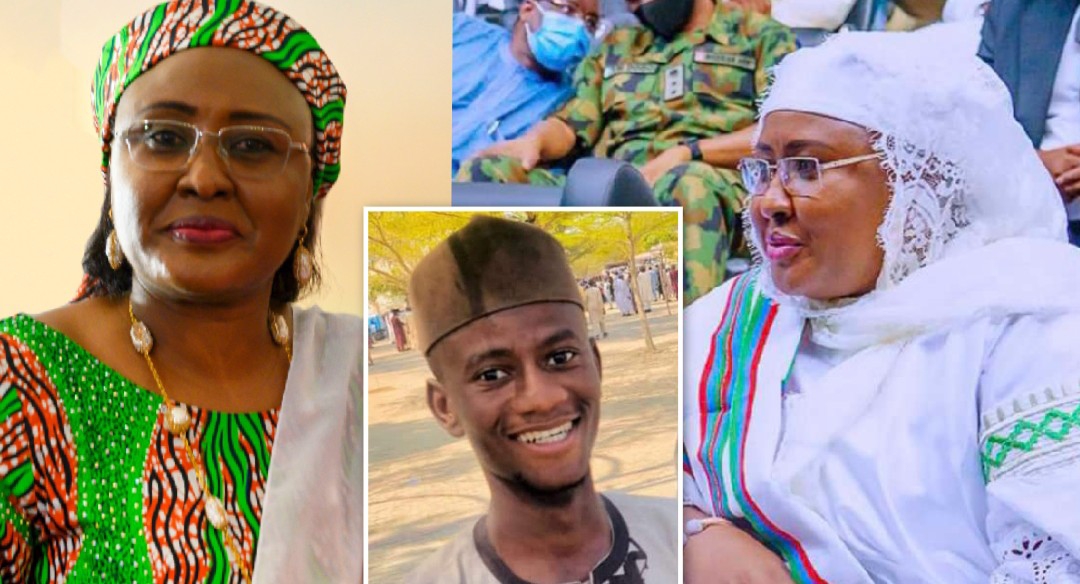 NO TO ARRESTS FOR DISSENTING VIEWS
The Revolutionary Socialist Movement (RSM) condemns the arrest of Aminu Adamu Muhammed, a student at the Dutse Federal University, Jigawa State, by the State Security Service (SSS) over a Twitter post.
According to media outlets, Aminu Adamu Muhammed posted on Twitter that Mrs Buhari had suddenly added massive weight after taking part in plundering the nation’s resources, as the masses endured hardship under her husband’s extremely cruel regime.
On June 8, 2022, Aminu tweeted in Hausa: “Su mama anchi kudin talkawa ankoshi”, which could be translated as “the mother has gotten fatter by eating the masses’ money”. This is actually not far from the truth, as an ever-larger percent of the Nigerian people are dying from hunger, while the elite is living a provocative wealthy lifestyle. Aminu’s comment must be also seen in the context that he was supposed to be in University but he was forced to stay inside his home. This was due to the negligence of the federal government on the ASUU strike, which started in early February of 2022, and ended last month.
Media outlets report that Aminu was picked up by officers on November 8, on the campus ground of Federal University Dutse, Jigawa. The student was reportedly subjected to severe beating and humiliation by the officers following his arrest. This is another example of the State using its repressive apparatus to turn against ordinary citizens, but seems powerless when it is time to fight against insecurity and everyday terror that the masses face.
The secret police in Nigeria (SSS) are prominent in their role repressing and attacking ordinary people, unlawful behaviour and notorious treatment of those who get in its way.
There have been several reports in the past that the secret police detained people and made them incommunicable. Operatives of Nigeria’s Department of State Services arrested and detained Mr Anthony Okolie for purchasing a sim card that was previously used by Hannan, a daughter of Nigeria President Muhammadu Buhari. Okolie bought the MTN mobile phone sim card in 2018, two years before his arrest.
He was arrested on Monday, July 22, at Nnedisi Road, Asaba, Delta State. Okolie was taken to Abuja by the DSS operatives and was kept in custody until his release in December 2019. There are many cases like this one.
Nigerians will also not forget that on June 4 last year, the Buhari regime “indefinitely suspended” Twitter, despite mass protests. The regime refused to unban it until January 13, 2022, seven months after clamping down on the social networking site. Nigeria’s government suspended Twitter after the company deleted a tweet by President Muhammadu Buhari about punishing regional secessionists.
In other related cases, Solomon Akuma was also detained for a tweet. He was later discharged by the Federal High Court in Abuja. Akuma's tweet were in response to a Twitter post asking respondents what their next move would be if they got $1 million. Akuma wrote he would "pay a Russian sniper to eliminate (President Muhammadu) Buhari and (Abba) Kyari (Buhari’s former Chief of Staff)", obviously not being serious. Akuma was abducted and had been detained at the Force Criminal Investigation Department (FCID), Abuja, for over 11 months before taken to Kuje prison where he is still kept.
We in the RSM call on the general public to condemn the act of detaining Aminu and join forces with us to seek the immediate and unconditional release of this innocent student whose future is at stake.
We demand that the State Security Service should  release the innocent student and allow true freedom of expression. They few privileged of the ruling clique should be stopped from ruling Nigeria like it’s their back yard.
We call on the trade union centres to condemn this neo colonial attitudes of the State Security Services and demand immediate release of Mr Aminu.
Salako Kayode
RSM
Publicity Secretary
at November 28, 2022